So, here is why Biden joining the race is a good thing.

Most of these candidates are not fighting for the nomination, they are simply fighting to be considered viable for delegates.

If you have been following the polling, you will notice that no candidate except Biden and Bernie have been polling above 15% except Mayor Pete very recently.

When you have a divided vote like this it will only water down each other as they all fight to poll above 15%.

Bernie successfully controlled almost half of the pledged delegates last time with all the voter and ballot manipulation that a person could dream up over 10 years.

There is no plan like what happened in 2016 in place for 2020 and the key people they would need to pull it off are no longer in power or are afraid of losing their jobs.

If he holds on to his support, which we already know it has grown, then Biden will only further water down Pete, Beto, and Kamala as the establishment types bounce from candidate to candidate as they work to split up their 50% among 6 or 7 candidates.

Inevitably there is not enough to go around.

See, they haven’t made a real choice about a presidential candidate since Bill Clinton. One could say that this waffling has led to many of our losses over the years though we are all aware that more was at play even then.

So, for 2020, there is no clear establishment front runner, Biden’s poll numbers are dropping as his vote gets spread out among the younger candidates where no single one has been able to establish themselves as the person to beat.

Furthermore, their egos will keep them in the race until it is far too late to change the inevitable outcome.

Just as a quick point of reference, if any of them gets above 15% and all of the other candidates divide up the rest, when the delegates are distributed proportionately, Bernie will end up with much more than whatever his percentage vote total ends up being.

In other words, the math is on our side.

Don’t fret, stay the course, and remember this election is about being FOR something NOT AGAINST something else.

Focus on what you like about your candidate and this will draw in the necessary support, but if we spend all our time trashing other candidates we will only alienate the folks we need support from after Bernie Sanders is the Democratic Party Presidential Nominee.

And that’s how we build a future to believe in. 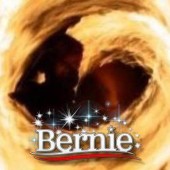 Don Ford, a Los Angeles-born organizer, got his start as a leadership trainer in his youth before moving to Venice, CA in 2002 where he developed the local art community through personal engagement and grassroots strategy. After taking a turn to politics and filmmaking, Don became a SAG union member and worked to unionize new members for the guild. During the Bernie Sanders’ Campaign, Don became better known as a Political Strategist whose primary focus is recruitment, internal growth, inspiration, and training new leaders. His hope is to implement the progressive agenda while not sacrificing the moral high road.