The Blue Tsunami: Expectations vs. Reality 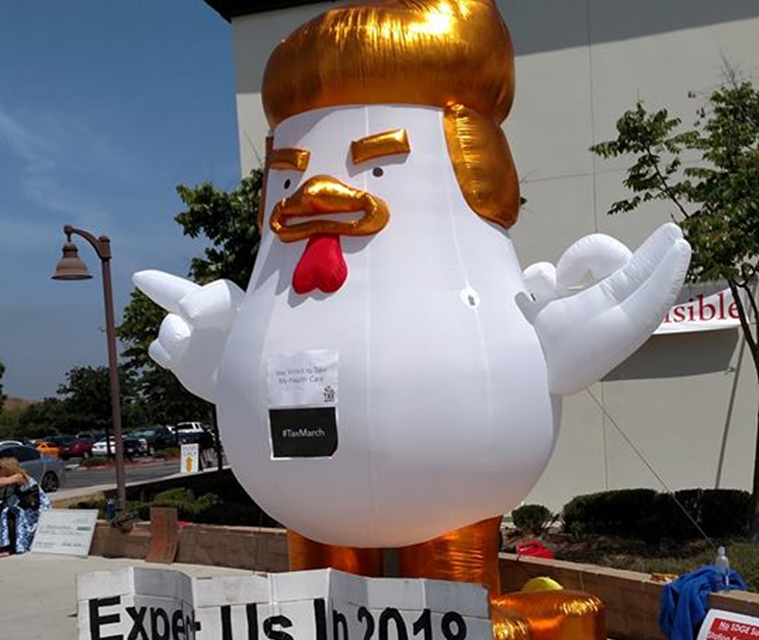 America is forever changed by the election of Donald Trump and the corporate GOP control of Congress. We can debate all day long about why it happened or how it happened, who influenced whom, and whether Russia moved the dial. I wrote a detailed account of the election and its aftermath under a pen name in an article published for Our Voice, a progressive organization founded by former DNC Chair candidate Sam Ronan. However, we must also look ahead and work to effect positive change.

There is a sense of urgency and desperation for many folks across the country. Unresolved anger and infighting continue to plague our efforts to move forward. People who would normally spend their weekends lounging with friends or passing away the hours with other leisurely activities are compelled to march in the streets and protest in front of incumbents’ offices. Many progressives started much earlier and ran for delegate positions to influence the party from the inside as part of the #DemEnter movement. Some left to form a new People’s Party. And others defected to the Republican party to run for elected positions in red districts with an R next to their name.

Clearly we are not all on the same page and maybe that’s not such a bad thing. Several U.S. House Representative seats are in play in 2018. Seats we didn’t think in our wildest dreams could be flipped. Yet, we are now presented with the unique opportunity of doing exactly that.

In Orange County, CA there are at least four races in which we have a good chance of firing the current leadership.

Only one of these races has a Democratic candidate with name recognition, Colonel Doug Applegate. In California’s District 49, Applegate nearly won the seat in 2016, only losing by less than 2,000 votes. It should be a no brainer that we unite behind him because he already has a strong base. But alas, there are three additional Democratic challengers this year, including a former Orange County DNC official, Mike Levin who should have known better. Sometimes I wonder if the party is purposely sabotaging races or if its strategy really is this bad.

Conversely, in District 48 there are no Democratic candidates with name recognition, but the race has gotten quite nasty. Many Indivisible 48 (IOC48) group members have been ferocious in their calls for candidates to suspend their campaigns. Though the organization is supposed to be non-partisan and is hosting a four part debate series, they are using a bizarre method to measure candidate viability and determine which Democrats will be invited to participate in the debates. The VSS score requires candidates to provide confidential campaign information about total number of in-district donors and donations and cannot be independently audited or verified. 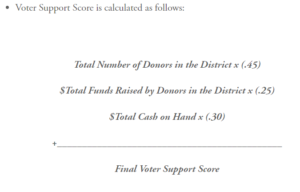 They also claim to invite the incumbent to each of these debates, however no other candidates in any other parties are invited.

Despite IOC48’s not so subtle attempts to influence the race, Our Revolution Costa Mesa (ORCM) organized a town hall in which all candidates were invited to participate. Prior to the Town Hall, Congressional candidate Laura Oatman suspended her campaign and endorsed Harley Rouda. The Rouda supporters and its surrogate started circulating a petition to call on candidates to quit. And if the 48th Congressional race couldn’t get any dirtier, a mysterious page with a fake web address (which was soon changed to FlipThe48th.com) was created on March 20, 2018 and bought a sponsored Facebook ad to try and get candidates to drop out of the race. The page also circulated the same petition as Oatman and Rouda’s supporters and has now mysteriously disappeared as quickly as it appeared. 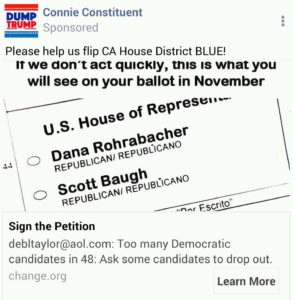 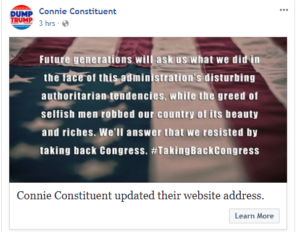 Performing a search of the e-mail address connected to the petition leads us to the personal page of Deborah Lima, who uses the same profile picture as the dark money page. Her personal account was created on March 19, 2018, one day before the page was created. She likes two pages on Facebook; a Dump Dana page and a blog page written by a Harley Rouda supporter, Carolyn Shannon AKA Shammy Dingus. You may also find Deborah under the name Debbie Beanie, which she uses while in the IOC48 Facebook group. Debbie claims to be a math expert who built a model using voter registration data to “prove” it would be impossible to beat the Republicans unless all candidates but two drop out.

Does this mean Rouda’s campaign is behind the petition? Maybe, maybe not, but probably yes. The supporters may be going rogue in their zest to elect their chosen candidate, but that doesn’t explain why the surrogate is also circulating the petition. Nor does it explain the use of sock puppet accounts to spread propaganda.

During the ORCM Town Hall, a woman, who identified herself as Kathleen and who was sitting next to Laura Oatman in the audience, demanded that the candidates explain why they haven’t unified behind one candidate (who she would not name) and why they haven’t suspended their respective campaigns (I’m paraphrasing). This portion of the evening took approximately 30 minutes including some heckling in the crowd from the troll army that had amassed to cheer on their chosen candidate.

Coincidentally, a couple weeks ago the same Kathleen stated in Oatman’s volunteer group that she recommended to IOC48 on its All Hands call that they should limit the debate participants to only three candidates. In doing so, Oatman would have been been disinvited from the next scheduled debate given that she placed forth in the VSS rankings. Oatman suspended her campaign shortly after the IOC48 vote.

There were noticeably very few Millennials and Gen Z attendees to the town hall, which is another reason why what works for one district doesn’t necessarily work for another district. District 48 needs to tap the NPP voter base, which is comprised primarily of young voters.

Overall, the Our Revolution Costa Mesa organizers put on a great town hall. It was wonderful to hear new voices and Fiorella Isabel, independent journalist from the Convo Couch, was a fantastic moderator.

The Republicans and Libertarian candidates who participated brought depth to the discussion. It really is a testament of how far we’ve pulled even the GOP to the left. We are all neighbors and we all really do have more in common than that which divides us. It is perhaps fortunate for them that the audience didn’t ask in depth questions about their social and economic positions, though. They stayed in the realm of commonalities, areas where they knew a Democratic audience would respond well and be receptive listeners.

I’m sure everyone walked away with a favorite or at least the desire to learn more. Kevin Kensinger, who is running as an Independent, was that person for me. We have a large population of No Party Preference voters in Orange County, CA, and I think if anyone has a chance to tap into that market, it would be him.

The one thing that was disturbing to me was the affirmation of bullying as told by three candidates on stage. Not only online, but in personal lives. Dr. Hans Kierstead mentioned that he and his staff have been trailed by a hired PI. Rachel Payne mentioned that paid supporters were trying to bully her out of the race. Omar Siddique stated that he was told on the morning of the town hall that he should drop out because of his name. A screen shot of the private message has been circulating on Facebook.

All of these efforts to bully candidates out of the race are ugly. It stifles democracy, it will backfire, and it needs to stop.

And though the Democratic party hasn’t been as overt as many of Rouda’s supporters, it too has been pressuring candidates to drop out of the race. Former Democratic district 48 candidate, Suzanne Savory spoke to the Costa Mesa Democratic Club earlier this week and called on members to unify behind the party endorsed candidate, Dr. Hans Kierstead. These tactics jeopardize our chances of flipping the seat because they are exclusive tactics instead of inclusive tactics that grow the seat. These are the kinds of things people do if they want to lose the seat to the GOP.

In district 48, nobody should drop out of the race. Every single campaign is getting the vote out. Orange County doesn’t have a bench. This doesn’t happen overnight. All of these candidates are helping us to win the elections that are further down the ballot. Get the voters to the polls and take every seat at the school board, city hall, county board of supervisors, and more.

Harley and Hans both need to campaign on their own merits and stop taking hits at each other. But more importantly, supporters need to stop harassing and bullying each other and the other candidates. Do the damn work and stop blaming each other. If you have to strong arm people with fear tactics and coercion, you don’t deserve the seat. And if you can’t lead your supporters by example, set a culture of respect, and take ownership of the toxicity your campaign is fueling, you don’t deserve our votes.

Let’s rise above and stay focused on the issues. We have a great group of candidates who have thought long and hard about their strategies. We must be positive or we will lose this seat to a Republican.

May the best person win!!