Cocktails with Kevin Kensinger (I), CA48 Candidate for U.S. House of Representatives 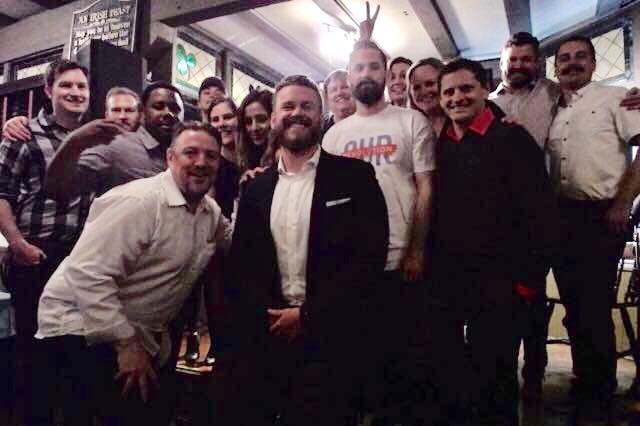 Tuesday, April 24, 2018, progressive congressional candidate, Kevin Kensinger (I) sat down for a candid conversation with Fiorella Isabel of The Convo Couch. Kevin is running to unseat the incumbent, Dana Rorhabacher (R) who has held the district since 1988. In an ocean of Republican and Neoliberal competitors, Kevin is a corporate-free contender with fresh ideas, real-world experience, and a winning strategy. He is bursting on the scene with the momentum of freight train and the excitement of a flash mob.

The interview took place in a favorite haunt among locals: Durty Nellie’s Irish Pub and Restaurant, which hosts live events Wednesday through Friday every week including live music, Geeks Who Drink trivia, and Karaoke. Local residents dined on Irish entrees and bar appetizers with drink options from a full service bar while enjoying the lively conversation on stage. Costa Mesa is centrally located in California’s 48th congressional district and its residents voted predominately for Bernie Sanders in the 2016 primary.

While there were some technical issues with the sound quality of the videos, the entire evening was captured and the issues near and dear to district voters’ hearts were discussed.

Here are some highlights of the topics Kevin addressed during the interview:

This is well worth the watch. Enjoy this interactive evening that included libations, politics, and audience questions!