Over 500 years ago, Portuguese ships arrived at what is today Porto Seguro, Brazil. From the moment of their arrival, a system of unequal resource distribution went into effect. Today, levels of inequality have reached a crisis point, with millions squatting on land they do not have formal legal claim to – either in favelas or in landless camps. The controversial Movimento Sem Terra is leading the charge to reclaim access to land, the right to self-determination, and liberation from poverty.

While in the Global North, poverty can have a very different appearance than in the Global South, the MST’s successes in mobilizing against injustice provide great lessons for activists and organizers outside of Brazil. In this week’s episode of On Your Left, I interview Jeff Frank, National Coordinator for Friends of the MST, the international arm of Brazil’s Landless Workers Movement – O Movimento Sem Terra (MST). We cover the history of land ownership in Brazil, the fight against poverty, and the lessons learned that we can apply to the Global North.

Thank you, Jeff, for sharing your knowledge and expertise in part 1 of this interview series. 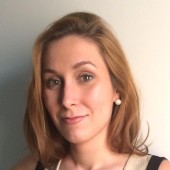