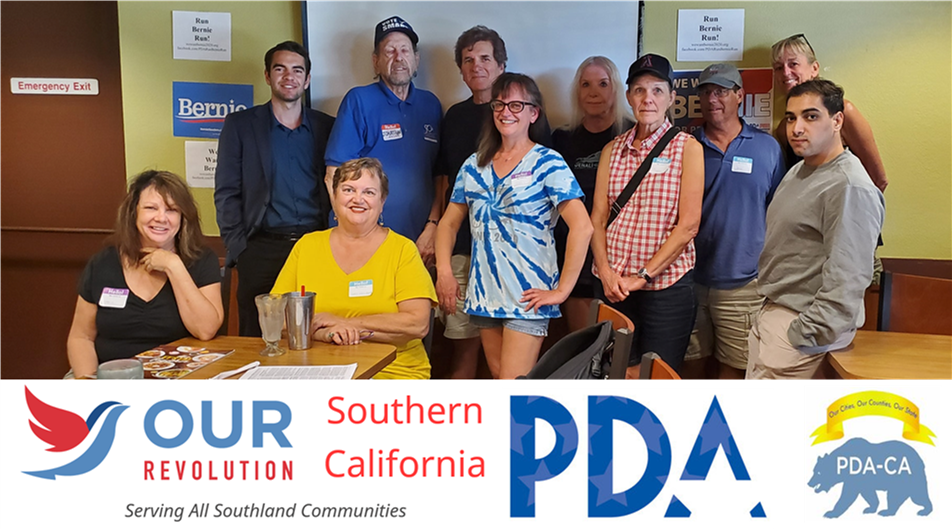 The overarching goal for the chapter is to provide educational opportunities, coordination, and logistical support for activism and electoral reforms.

We are excited to announce that this new chapter will be led by the following individuals:

About Our Revolution Southern California

Our Revolution Southern California is an independent, community-based chapter of Our Revolution. Our Revolution is a non-partisan organization that supports progressive activists, elected officials, and candidates at every level of government. By supporting candidates up and down the ballot, we aim to transform American politics to make our political and economic systems responsive to the needs of all American residents.

About Progressive Democrats of America

Progressive Democrats of America was founded in 2004 to transform the Democratic Party and our country. We seek to build a party and government controlled by citizens, not corporate elites-with policies that serve the broad public interest, not just private interests.

As a grassroots PAC operating inside the Democratic Party, and outside in movements for peace and justice, PDA played a key role in the stunning electoral victories of November 2006 and 2008. Our inside/outside strategy is guided by the belief that a lasting majority will require a revitalized Democratic Party built on firm progressive principles.